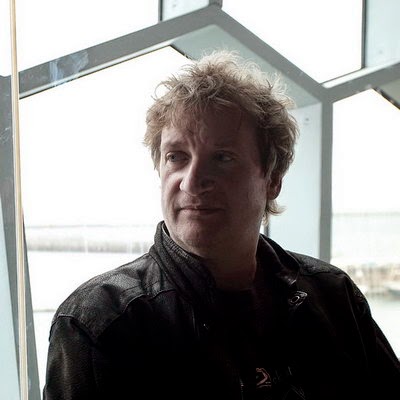 Matthew Patton is a music composer.  He is an obsessive autodidact.  In Winnipeg, he grew up across the street from Antal Dvorak, the grandnephew of famed Czech composer Antonin Dvorak.  Life is more allegorical there.

Matthew is a graduate in Music Composition from the Manhattan School of Music in New York City.  His composition teachers have included composers James Tenney and John Corigliano.  He has also worked as an artist's assistant with sculptor Richard Serra in New York City.

Matthew Patton has been collaborating with such internationally acclaimed artists as choreographer Paul Taylor (“the greatest choreographer alive… one of the few living artists who have made classics by which our age should be remembered", New York Times), artistic director, dancer and actor Mikhail Baryshnikov;  and most recently with film director Guy Maddin.

Patton's music has been featured on National Public Radio in New York with composers Steve Reich, John Adams, Brian Eno, and David Byrne.  He has recorded his music at producer Daniel Lanois' Lab studio in Hamilton, Canada.  Patton has taught new music at the University of Manitoba and is also a guest lecturer on contemporary Icelandic music and culture.  He has also written and recorded new music for the 2015 Criterion DVD release, with new artwork by Marcel Dzama, of Guy Maddin's acclaimed feature "My Winnipeg" as well as for Maddin's "Hauntings" and "Seances" project which includes the film "Sinclair", part of a series of 130 short films of abandoned, lost, or never made films Maddin has recently shot in Winnipeg, the Pompidou Centre in Paris, France, Musée d'art Contemporain de Montréal, and elsewhere.

Patton is currently developing a new evening-length project based on his greatest obsession, the tragic story of Winnipeg resident David Reimer who has been called "one of the most famous patients in the annals of medicine".

He is currently working with Brian Eno's arranger Woojun Lee on the Apollo project as well as on a new work for orchestra with live electronic treatments entitled "The Desecration of Uma Thurman".  Abandoned projects in the process of resurrection include works with authors Margaret Atwood and Doris Lessing, winner of the Nobel Prize for Literature in 2007.  Notes for the Lessing work reside in the University of East Anglia Doris Lessing Archives, the Norwich institution where W. G. Sebald, author of "The Rings of Saturn", taught until his death in 2001.

Matthew has a small acting part in the recent film from Iceland on the Reykjavik Nine who temporarily overtook the Icelandic parliament.  Life is more allegorical there.